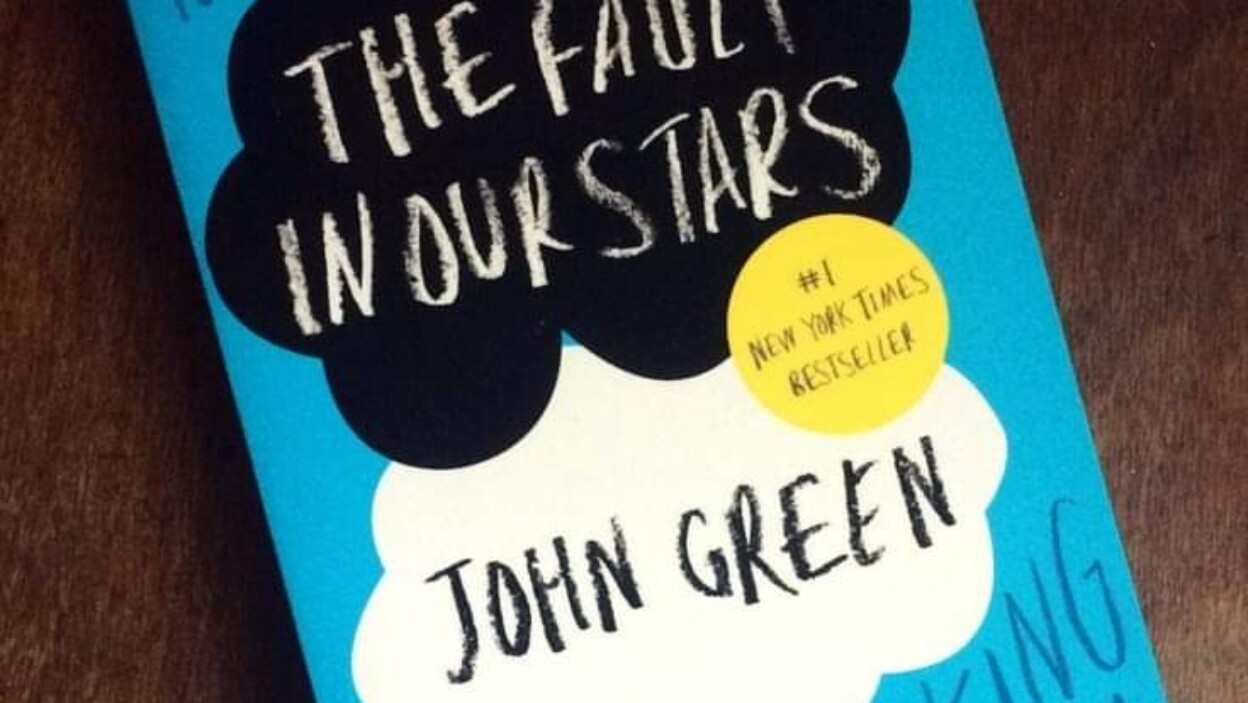 This is my 6th day of Book Cover Challenge which was given by শূণ্য গণি. Today I’ve read a awesome romantic novel (young adult novel,
realistic fiction, love story) call “The Fault In Our Stars” by John Green. I just finished reading this book. So now I’m gonna share my thoughts about this book as always. First off, you should know that this discussion will contain SPOILERS!!!! So if you haven’t finished reading the book or want to read it, I’d highly recommend holding off on reading this until you have.

TFIOS (The Fault in Our Stars) is a novel which tells the story of Hazel Grace Lancaster, a 16 year old girl who has had cancer for three years, and Augustus ‘Gus’ Waters, a 17 year old boy who’s now in remission, and once had a tumour in his leg. The two fall hopelessly in love, even though they know their story will only end in heartbreak.

Hazel Grace Lancaster hasn’t experienced the ‘awkwardness’ that is teenage life in three years after being diagnosed with cancer when she was thirteen. Forced by her mother, Hazel Grace reluctantly goes to a cancer support group to meet others who supposedly understand what she’s going through.

This bland and truly miserable support group is where she meets the charming, charismatic and unremarkably handsome Augustus ‘Gus’ Waters, an amputee whose optimism towards life interests Hazel. Gus becomes immediately attracted to Hazel and, though the feeling is mutual, Hazel knows that their love is doomed from the start.

However, Gus still charms Hazel. He changes her life by giving her, as she states: ‘Forever within the numbered of days’ and changing her attitude towards life.

The two travel to Amsterdam to search for the author of their favourite book, ‘An Imperial Affliction’, where their relationship blossoms and they learn that life, with or without cancer, is hard to face in general, and sometimes those who advise you to make daring and impulsive choices can’t always pluck up the courage to make their own.

Their ‘little infinity’ reminds you that even the most heart-wrenching love story can be poetic, intelligent, humorous and full of positivity, even when you know there’s no chance of ever having a ‘fairy-tale’ ending.

John Green (writer) breaks your heart in the best possible way, and makes you cry, laugh, and smile throughout. Though he writes in an upbeat and light-hearted manner, you can still sense Hazel’s annoyance at life, which is endearing, as even though Hazel Grace is forced to be mature for her age, you can see she’s still just a grumpy, moody teen.

With a movie set to be released in June, Hazel and Gus have already captivated millions of hearts with their inspiring and engaging story. Even though many books have been cheapened by the movie, you can sense just by the trailer that this movie will live up to its expectations.

Shailene Woodley, an award winning actor, and newcomer Ansel Elgort, will star as the love-sick teens. I hope that they will portray the characters truthfully and honestly.

TFIOS is one of those books you can’t stop reading, yet you never want it to end. It’s warm, light-hearted and deals with a sensitive topic like cancer in such an understated and subtle way. You feel it’s just one of life’s many problems and, even though it’s a very serious matter, Hazel and Gus teach you that you can’t let an illness like cancer affect your love for life.

This book is precious. It tells you that you can’t give up even when something is trying to stop you from enjoying a happy life. It’s a rare book that’s emotional and full of light.

TFIOS is something that will appeal to everyone, as it pulls on your heart strings and makes you giggle. But most importantly, it makes you think about how valuable love is, how short a life can be, and how just one person can change your life in the most simple way

🔘Personal Thoughts on this Book:

•I had heard this book was geared for the “young reader” audience. I remember this being mentioned to me with just a tiny bit of (I thought) snobbery behind the comment. And I must say, the book is a quick read and, yes, is based on teenage characters. But the subject matter (life + death, infinity, love, etc.) includes such big things to be dealing with at that age. And the characters behave and deal with these realities with way more maturity and wisdom than I think most adults I know (including myself) would.

•I love how self-aware, but also how unashamedly bookish, this book is too. 🙂 Let me explain. Hazel herself states that cancer books suck. But she loves Imperial Affliction, which is a (fictional) cancer book. And The Fault In Our Stars is certainly a cancer book. But the book is also highly aware that it’s a cancer book and strives (and in my opinion, succeeds) at being so much more. I also love when an author very plainly and unashamedly loves to reference and nod to literature. This book makes numerous references to great literature such as The Great Gatsby, Ulysses, many great poets, and of course Shakespeare. I have a feeling there are many references that I didn’t even pick up on, as I am certainly not the most well-read person in the world.

•I love when a book surprises you, not because it literally gives no clues to what may happen, but because it causes you to get so absorbed in the story that you ignore said clues. There are SO many foreshadowing examples that basically spell it out for us that Augustus will die first. He always hangs up the phone first. Both characters press “play” on the in-flight movie at the same time, but Augustus’s starts (and ends) first. Hazel is our first-person narrator, and since Imperial Affliction ends with the death of its first-person narrator, it seems unlikely The Fault In Our Stars will. But I was still shocked when Gus tells Hazel about about his diagnosis. I suppose it’s because I was beginning to believe, like Hazel, that they would be together until she died (which I was beginning to hope would be at least some years out). John Green, you totally got me!

•I think I cried at least a little every time I picked up this book. A few times I was reading on a plane, and I was trying so hard not to cry so I didn’t look like a crazy lady to my fellow passengers! Feel free to chime in with your tissue count.

🔘 Some favorite quote of mine (collected from Goodreads)

Augustus on Hazel Grace: “I decided a while ago not to deny myself the simpler pleasures of existence.” (Page 16)

Hazel, on her favorite (fictional) book that I wish existed in real life: “Sometimes, you read a book and it fills you with this weird evangelical zeal, and you become convinced that the shattered world will never be put back together unless and until all living humans read the book. And then there are books like An Imperial Affliction, which you can’t tell people about, books so special and rare and yours that advertising your affection feels like a betrayal.” (Page 33)

Hazel & Issac: “Sometimes people don’t understand the promises they’re making when they make them,” I said. Issac shot me a look. “Right, of course. But you keep the promise anyway. That’s what love is. Love is keeping the promise anyway. Don’t you believe in true love?” (Pages 60-61)

Augustus: “That’s the thing about pain…it demands to be felt.” (Page 63)

Hazel, defending the author of An Imperial Affliction: “That’s the part of what I like about the book in some ways. It portrays death truthfully. You die in the middle of your life, in the middle of a sentence.” (Page 67)

Augustus on Hazel Grace: “You are so busy being you that you have no idea how truly unprecedented you are.” (Page 123)

Hazel on Augustus: “I fell in love the way you fall asleep: slowly, and then all at once.” (Page 125)

Augustus on Amsterdam: “Some tourists think Amsterdam is a city of sin, but in truth it is a city of freedom. And in freedom, most people find sin.” (Page 157)

Hazel on faith: “Maybe some people need to believe in a proper and omnipotent God to pray, but I don’t.” (Page 201)

Hazel’s father on what he believes about the world: “Am who am I, living in the middle of history, to tell the universe that it — or my observation of it — is temporary?” (Page 223)

Hazel on Augustus: “It seemed like forever ago, like we’d had this brief but still infinite forever. Some infinities are bigger than other infinities.” (Page 233)

Hazel on humiliation: “It’s hard as hell to hold on to your dignity when the risen sun is too bright in your losing eyes.” (Page 238)

Peter Van Houten, author of An Imperial Affliction: “Writing does not resurrect. It buries.” (Page 266)

Hazel at Augustus’ visitation: “Funerals, I had decided, are for the living.” (Page 273)

Augustus to Peter Van Houten: “My thoughts are stars that I can’t fathom into constellations.” (Page 311)

I have to say, this is not a book for the weak-hearted. My friends tell me occasionally that I’m heartless and have difficulty expressing my emotions, but this text had me crying from the start. And thanks to my Goodreads (from old account) friend to encourage me about that book, I’ve watched the movie though. Book is way better than the movie to me. Im giving 3.7 out of 5.

and I’m nominating myself 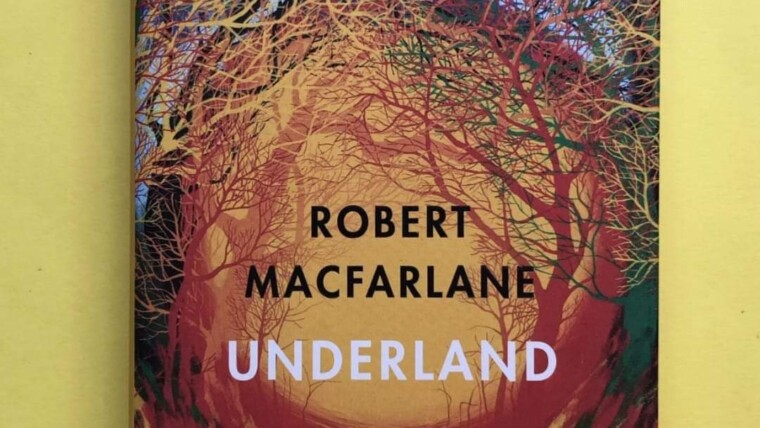 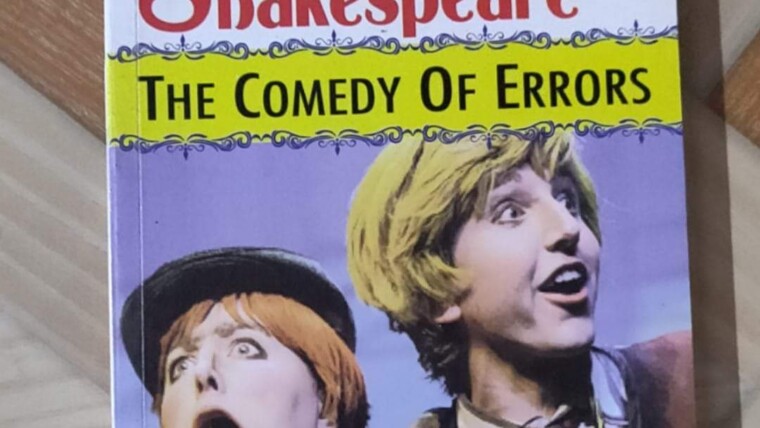